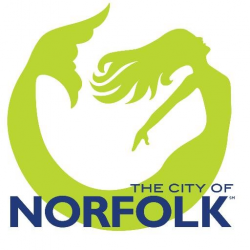 Norfolk, Virginia is a city of over 247,000 residents and more than 100 diverse neighborhoods. It is the cultural, educational, business and medical center of Hampton Roads, hosts the world's largest naval base, the region's international airport and is one of the busiest international ports on the East Coast of the United States. Norfolk neighborhoods are vibrant and inclusive places where caring neighbors want to live, invest, and participate. The City of Norfolk operates under a Council-Manager form of government. The Norfolk City Council is the legislative body of the city government. It is authorized to exercise all powers conferred upon the City by the Commonwealth of Virginia in the State constitution, State laws and the Charter of the City of Norfolk. The Council establishes policy for the city, approves the budget, levies its taxes, and appoints the City Attorney, City Assessor, City Auditor, City Clerk, and the City Manager. The Council also appoints members to the School Board, Norfolk Redevelopment and Housing Authority, Planning Commission and other boards and commissions, as well as city representatives to regional and other boards and authorities. For additional information, go to www.norfolk.gov.

Email me jobs from City of Norfolk